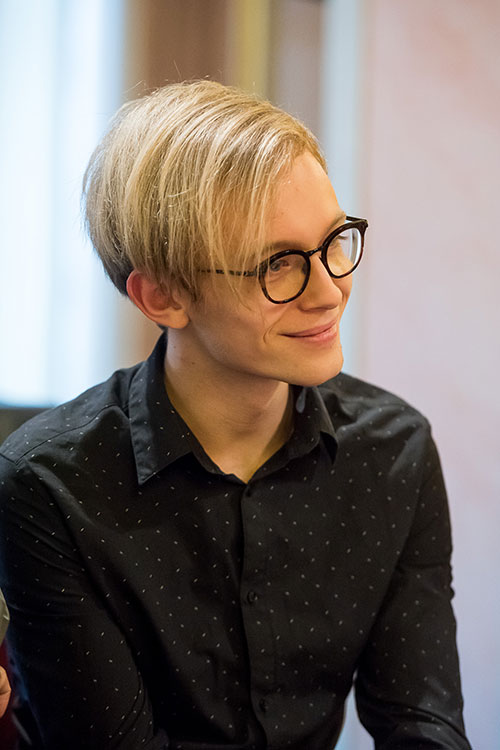 Valentin Ruckebier was born on 13th of November 1997 in Wuppertal. As the son of two musicians, he was in contact with music very early and took his first violin lessons at the age of four in Remscheid. From 2006, he also took piano lessons there; at the same time, he tried out his very first autodidactic compositions. From 2007 to 2009, he took composition lessons with Prof. Thomas Holland-Moritz in Remscheid; 2009 he changed to David P. Graham at the Clara-Schumann-Musikschule Düsseldorf. Ruckebier became a Student of Composition in 2014 at the Robert Schumann Musikhochschule Düsseldorf with Prof. Manfred Trojahn. Due to Mr Trojahns retirement, Ruckebier studies with Prof. Oliver Schneller since 2018.  His compositions got awarded with the first prize in the Bundeswettbewerbe Jugend Komponiert 2009-2015, the competition of Augsburger Philharmoniker 2016, the International Timo Korhonen Composition Competition 2016, the International Composition Competition “Artists En Herbe Luxembourg” and others. He received the Vaillant Kompositionspreis 2012 and the Förderpreis für Musik 2018 der Düsseldorfer Jonges e.V. His pieces got premiered in renowned festivals and by famous musicians such as Ensemble MusikFabrik Köln, Ensemble notabu Düsseldorf, E-Mex-Ensemble, Augsburger Philharmoniker, Ensemble Horizonte, Susanne Kessel, Prof. Udo Falkner, Nicholas Milton, Catherine Larsen-Maguire, Rheinische Philharmonie Koblenz, Kölner Vokalsolisten, tanzhaus nrw and many others.  Since 2017, Valentin Ruckebier also studies singing with Prof. Ludwig Grabmeier at the RSH Düsseldorf. 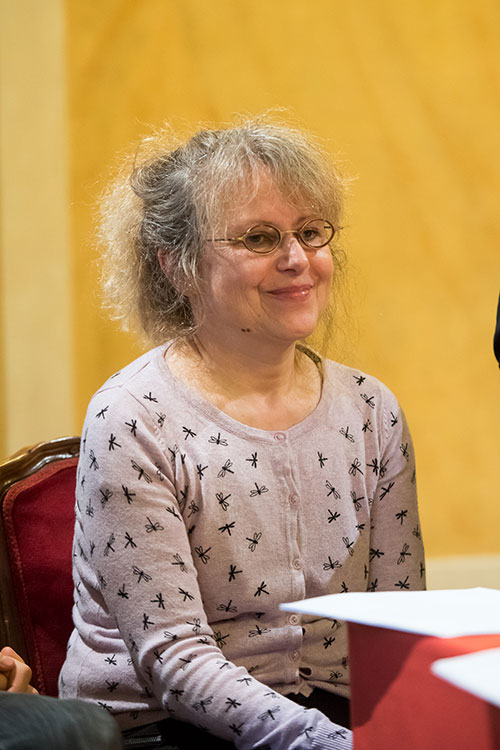 Jasmina Mitrusic Djeric (1964) was born in Belgrade. Since 1969 she lives and works in Novi Sad. She was graduated on the Academy of Arts in Novi Sad, at the Department of Composition and Conducting. She attended postgraduate studies in music theory – Semiotic Analysis of the same academy. During the ’80s she was member of Novi Sad’s cult bands “La Strada” and “Luna”. Her creative work includes solo and chamber literature, applied music (theatre, TV movie “Landscapes of Amnesia” RTV Novi Sad and Komuna, 1998) and spiritual choral music. She has composed music for theater productions: “Magic Pacifier”, “Meow, What a Fuss,” “Little Red Riding Hood and the Wolf”, “Cinderella”, “Allegory” – Youth Theater in Novi Sad, and others. Among the chamber ensembles for which she wrote to order: Metatony, Musica Viva, Densiti, Quaternion, Vers la Flamme and duo Penezic-Perovic. Her music was performed at numerous concerts in the country (festivals Nomus and Bemus) and abroad (Netherlands, Belgium and Sweden), reputable musicians, including Laura Levai Aksin, Sonja Antunic, Radmila Rakin Martinovic, TAJJ quartet, Milan Popovic, Sofija Perovic, Jasna Tucakov, Natasha Penezic, Vasa Vuchkovic and Choir of the Cathedral St. George under the baton of Bogdan Djakovic. With the song Rule, God participates on the album Songs Above East and West, and since then she has interest for spiritual music. Her compositions Virgin Mother was performed on Nomus festival 2004. Since 1987 she has been teaching theoretical subjects in secondary music school “Isidor Bajic” in Novi Sad. 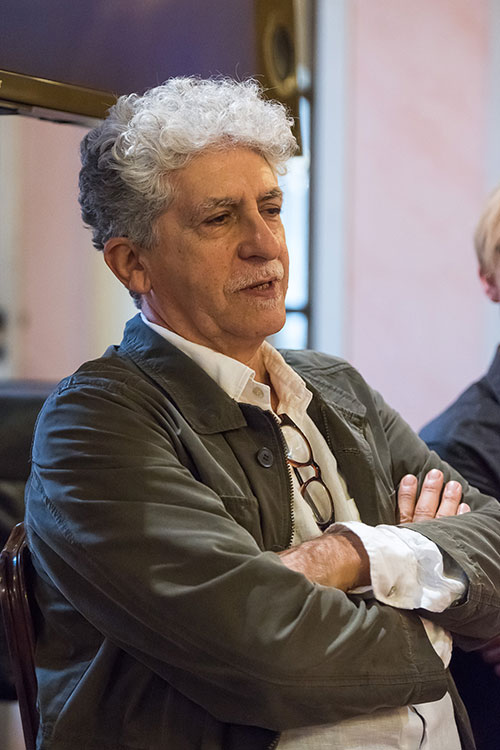 In 2003, the disc Tangerine Café won the International Critics’ Award for Best World Music Album. His current live musical project is the Hypertext O’rchestra. He has directed work for Rai and Arte France as well as in Canada and Spain. He is also cinema author and director and Transeuropæ Hotel 2012 is his first feature film. His second film The Fabulous Trickster is finished on 2018. Kunzertu 7718 is his latest essay and novel dedicated to his musical encounters. Present as poet on reading in the most important poetry festival of all the world.