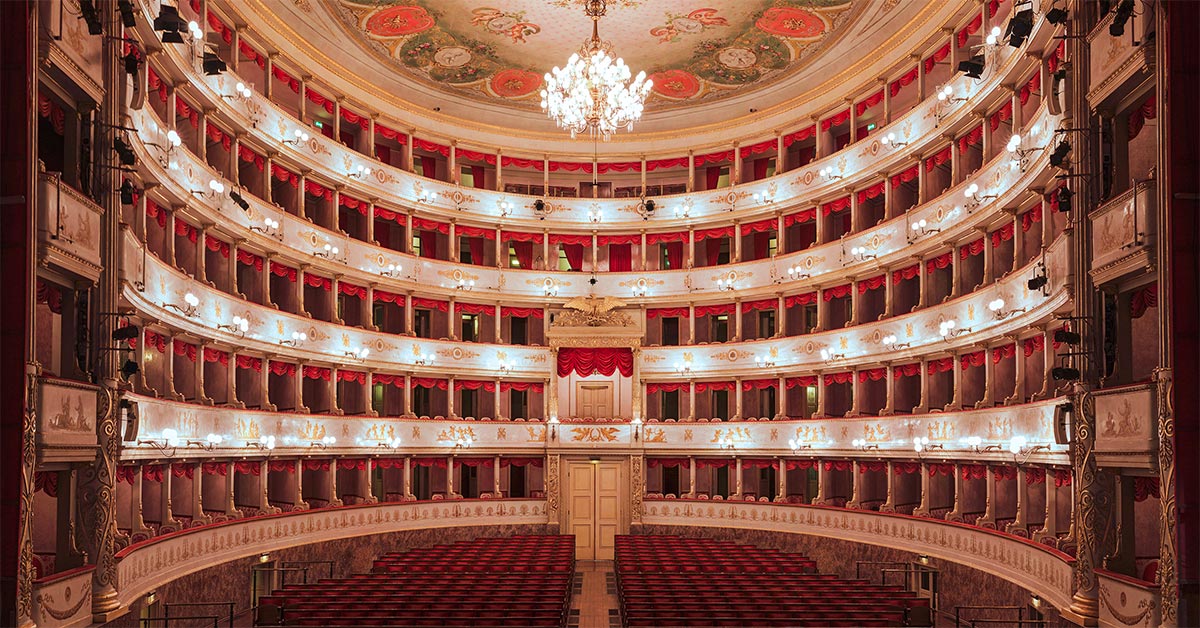 Built in 1841, the Teatro Comunale di Modena has since been one of the leading opera houses among the Italian Teatri di Tradizione. From the second half of the Twentieth Century it presents Dance and Concert seasons, from classical to contemporary styles, inviting companies and musicians from all over the world. The theatre produces many of its own opera shows, all of them in coproduction with other theatres, mainly from the Region.

More recent international coproductions include Bruno Maderna Satyricon with Salzburg Eastern festival and Dresden Semperoper (2018), Puccini Fanciulla del West with the New York City Opera (2017) Don Giovanni in 2015 with Ópera Tenerife. Besides its core activity, Teatro Comunale presents a season of shows for school students, a contemporary pop music series, and runs a children choir. In the 2007 it has been named after Luciano Pavarotti who was born and lived in Modena. Teatro Comunale di Modena and the Linz Landestheater had a collaboration March 2006 celebrating the twinning anniversary of the two cities with a coproduction of the Mozart opera Die Entführung Aus Dem Serail presented both in Modena and Linz with the Bruckner Orchester Linz and the Choir Des Landestheaters Linz conducted by Dennis Russell Davis.